Many things about translating and interpreting Chinese culture have been a challenge for a while so I want to just answer the question “is it tai chi or taiji?” in this article.

Tai chi, sometimes called a moving meditation, is actually a branch of the art of qigong, a Chinese healing art involving breath and energy exercises, but most people have never heard of qigong, while tai chi has become incredibly popular worldwide. 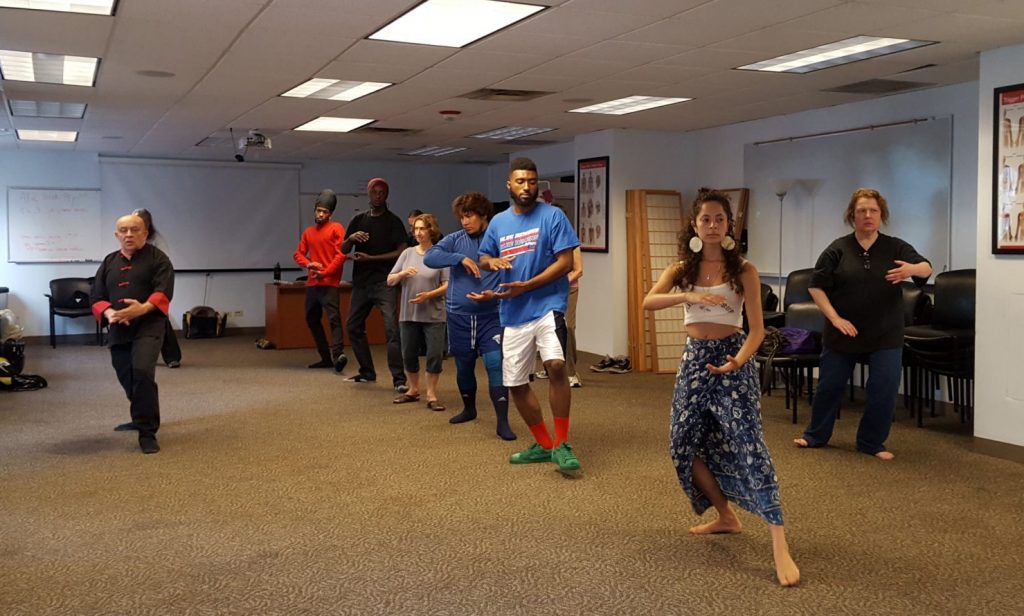 In the United States there seems to be a big question today as to whether the art should be officially called, tai chi or taiji, and some even consider these terms to mean two different arts.

When Westerners first began traveling to China and learning about its culture, there was a lot of confusion on how to translate Chinese into English. The written system that we now know of as pinyin was devised to do just this. The early stages of this system were challenging, since the Chinese language is based on tonal inflections and those who created pinyin tragically neglected to include this critical aspect. Very generalized choices were also made as to how one should write any given word. This is not to belittle these translation efforts, since the task was very difficult, given the structural and auditory differences between the English and Chinese languages. Also, to be fair, the pinyin romanization of Chinese has been continually revised over the years.

The original full term is taijichuan (pronounced tie-jee-shwen, again ignoring the tones that should be applied to each of the syllables). The name of the art was often shortened to taiji , which somehow got Romanized through pinyin as taichi or the tai chi you commonly hear today. This mispronunciation was then spread throughout the West as people continued to (unknowingly) refer to the art incorrectly. Currently, most online and print dictionaries are amending future versions to replace the term tai chi with taiji.

At this point it seems as though most people in the United States recognize the practice as tai chi and see no reason to start calling it taiji. Perhaps they feel it’s splitting hairs, but by accepting this mis-romanization of taiji, we are actually removing a fundamental concept of the art from its name and teachings.

The term ji refers to the balance of yin and yang energies that hold the cosmos together. It is this balance of energies that we are trying to cultivate and connect to through the practice of taiji. So to remove the ji from taiji is akin to saying you don’t really care about the art’s true nature and only want to learn it on a superficial level. If we don’t strive to learn the true origins of tai chi and its fundamental concepts, how can we hope to get the most out of our practice?

Still, in an effort to avoid confusion and because tai chi is the most common spelling in the West, I typically refer to the art as tai chi throughout, as much as it pains me to do so. It is my hope that people will return to this article as they learn about the true form of taiji and begin to embrace its principles. Perhaps in time, I will be able to eradicate any previous references to tai chi here, confident that all students of the art now understand the origins behind the name.